By Phillip A. Nichols with Balch & Bingham LLP

You may be aware that in early 2014, a federal trial court in Idaho ruled that a completed acquisition by St. Luke’s Health System of the largest independent multi-specialty physician group in Idaho violated federal antitrust laws and ordered the transaction unwound because of anticompetitive effects in the market for adult primary care physicians (“PCPs”) in Nampa, Idaho. On February 10, the United States Court of Appeals for the Ninth Circuit issued an opinion affirming the Idaho district court’s decision in Federal Trade Commission and State of Idaho, et al. v. St. Luke’s Health System, Ltd, and Saltzer Medical Group, P.A., No. 14-35173, slip op. (9th Cir. February 10, 2015).

The merger resulted in the combined entity having 80 percent of the PCPs in Nampa. While the district court accepted that St. Luke’s and Saltzer intended for the acquisition to improve patient outcomes and likely would have, it determined that the FTC had established a prima facie antitrust case based largely upon the combined entity’s market share and resulting ability to negotiate anticompetitive price increases in the PCP market in Nampa. The district court found that St. Luke’s attempt to rebut the prima facie case through expected efficiencies fell short because the efficiencies ultimately could have been achieved without the acquisition.

On appeal, the Ninth Circuit affirmed the district court’s decision. While the post-acquisition market share for the combined entity was more than enough to find the acquisition presumptively anticompetitive, it is noteworthy that both the trial and appellate courts found that internal correspondence among St. Luke’s executives referring to the combined entity’s ability to pressure payors for new, presumptively more lucrative, reimbursement arrangements bolstered the conclusion that the combined entity would use its increased market share to raise prices in the Nampa PCP market.

Although the Ninth Circuit expressed reluctance to even consider an efficiencies defense to a merger challenge under § 7 of the Clayton Act, it did recognize that such a defense could be successful upon a showing that the merger is not anticompetitive. The court unequivocally stated, however, that “[i]t [was] not enough to show that the merger would allow St. Luke’s to better serve patients.” Slip op. at 28. Notably, the court concluded that “the Clayton Act does not excuse mergers that lessen competition or create monopolies simply because the merged entity can improve its operations.” Slip op. at 29. According to the Ninth Circuit, this is true even where the merging parties’ claimed efficiencies are merger-specific. The Ninth Circuit also had no problem with the district court’s structural remedy of divestiture.

Hospitals and physician groups considering mergers in order to address the needs of the evolving health care market and the requirements of the Affordable Care Act should not lose sight of the application of relevant antitrust laws. While enhanced efficiencies and patient care may be laudable goals, potential merger partners must consider the competitive impact of such a merger. Consideration of the competitive impact will require a detailed analysis of the relevant market – both its geographic and product or service components – and the likelihood of increasing reimbursement rates following such a planned merger. Keep in mind that antitrust enforcement agencies will seek input from payors regarding likely competitive effects of a merger as well as the contours of the relevant market.

On a more basic level, please understand that if an anticipated result of a hospital’s acquisition of a physician practice will be higher reimbursement rates, expect antitrust trouble. That is just the type of result the antitrust laws seek to prevent. As the St. Luke’s executives no doubt have learned, it would be monumentally unwise to couch potentially higher reimbursement rates as a goal of the transaction. Even internal e-mail correspondence that may be characterized as puffing will only serve to weaken the likelihood of such a merger being approved.

Finally, hospitals and physicians should not dismiss competitive concerns simply because they operate in a relatively small city or town within a short distance of a major metropolitan area or because the total number of physicians involved seems small. Nampa, Idaho has a population of roughly 85,000 and is only about 21 miles from Boise. The medical group acquired by St. Luke’s had only 16 PCPs in Nampa.

Phillip A. Nichols is a partner in the Birmingham office of Balch & Bingham LLP. 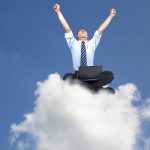